Kulturrausch Waltershausen is a cultural festival that was organized upon the wishes the inhabitants told us and wrote us about. The result was therefor also a surprise for us.

After the first think tank with the inhabitants, we came back with a lot of programmation that the Kornhaß Glitsch GbR organized and the two projects that Association Schaft brought to life (« Lilith » and « The Transformer »). 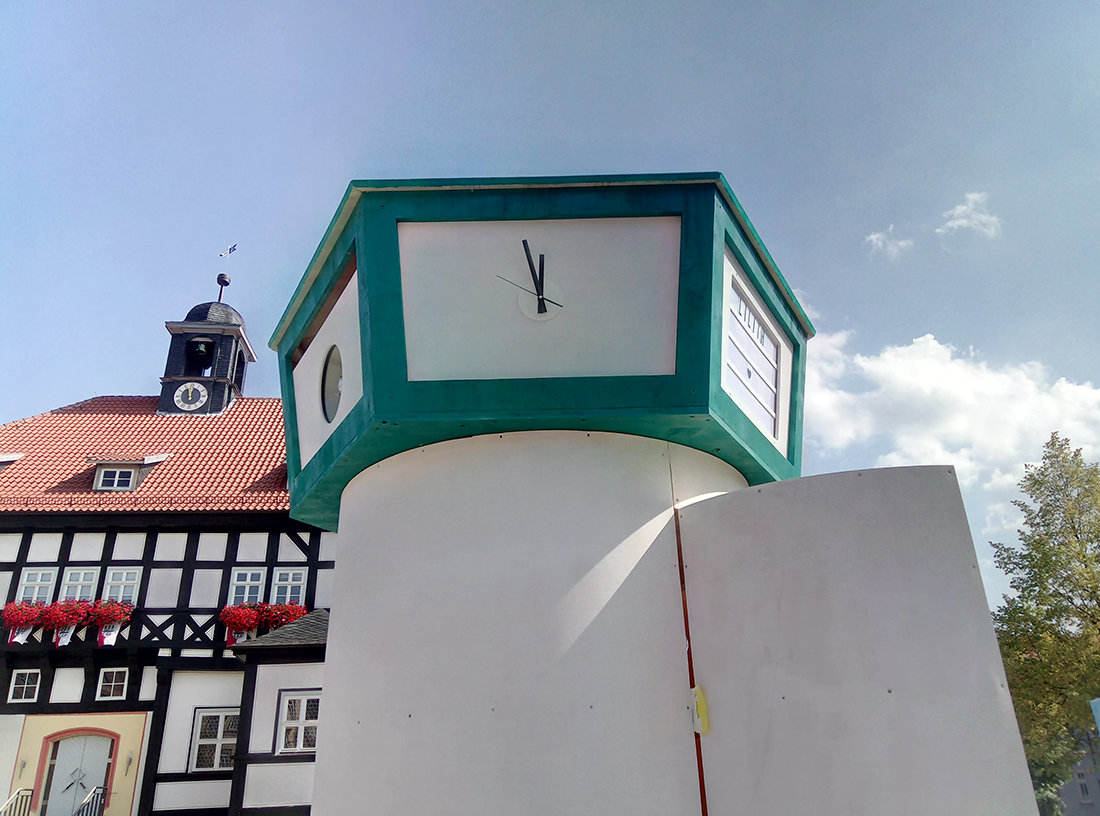 Lilith is an improved advertising column (« Litfaßsäule » in german, which inspired us for it’s nickname). The inhabitants asked for a structure where they could pin small anounces, offers, informations without having to pay for it and/or going through an administrativ labyrinth. Here it is, as simple as a pin wall. 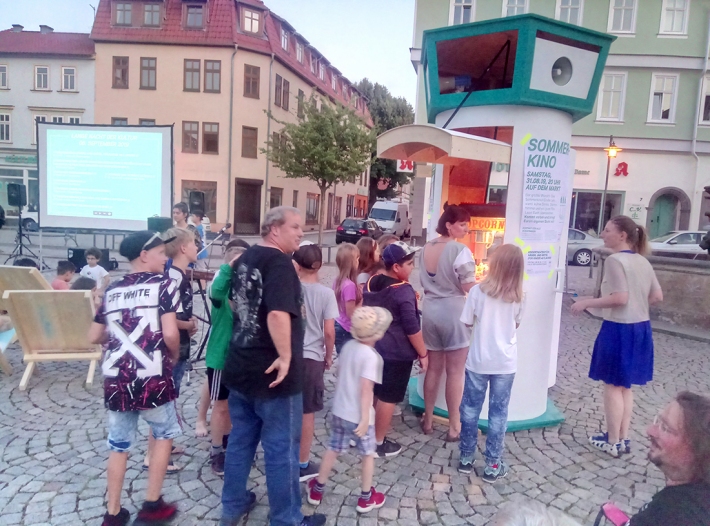 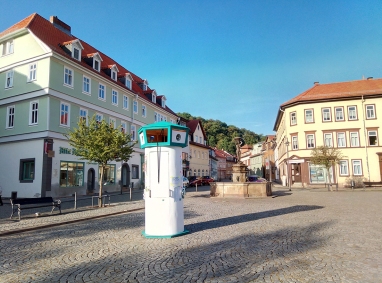 Lilith is also simply a visual element to mark the festival. The design is very similar to the existing ones in this city, while dimensions are adapted to the uses and the colors to those from the festival.

The second project from Kulturrausch Waltershausen, « The Transformer », is constantly morphing to go with the festivals programm. It’s evolution went through following phases and were realised with inhabitants. 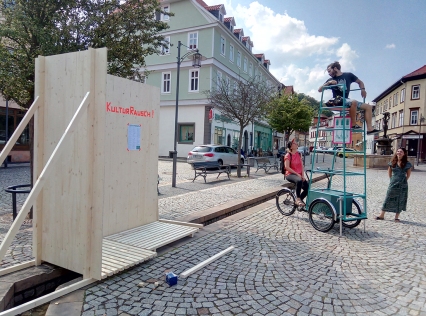 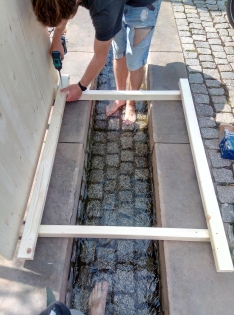 1- Grafiti walls: Teenagers joined a workshop with a professional grafiti artist to spray five wall elements that we built for this use.

2- Deck chairs: After a few days the walls were transformed with some inhabitants into deck chairs for the open air cinema. 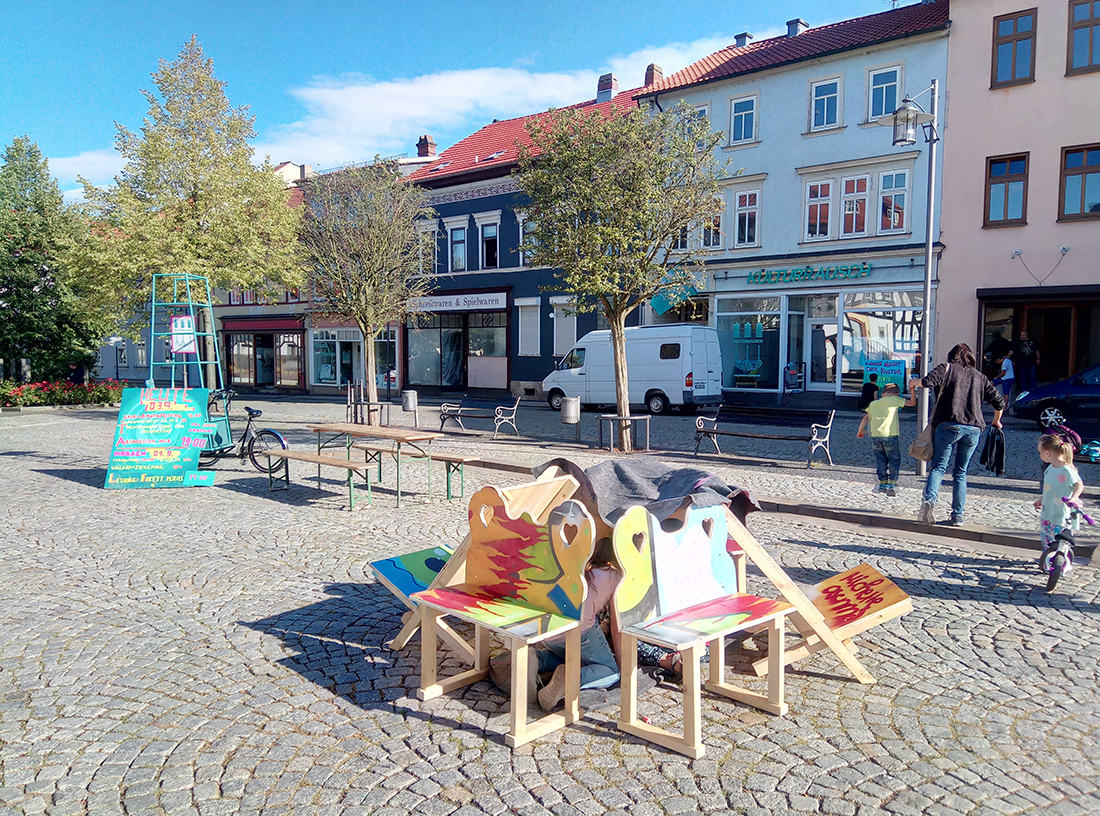 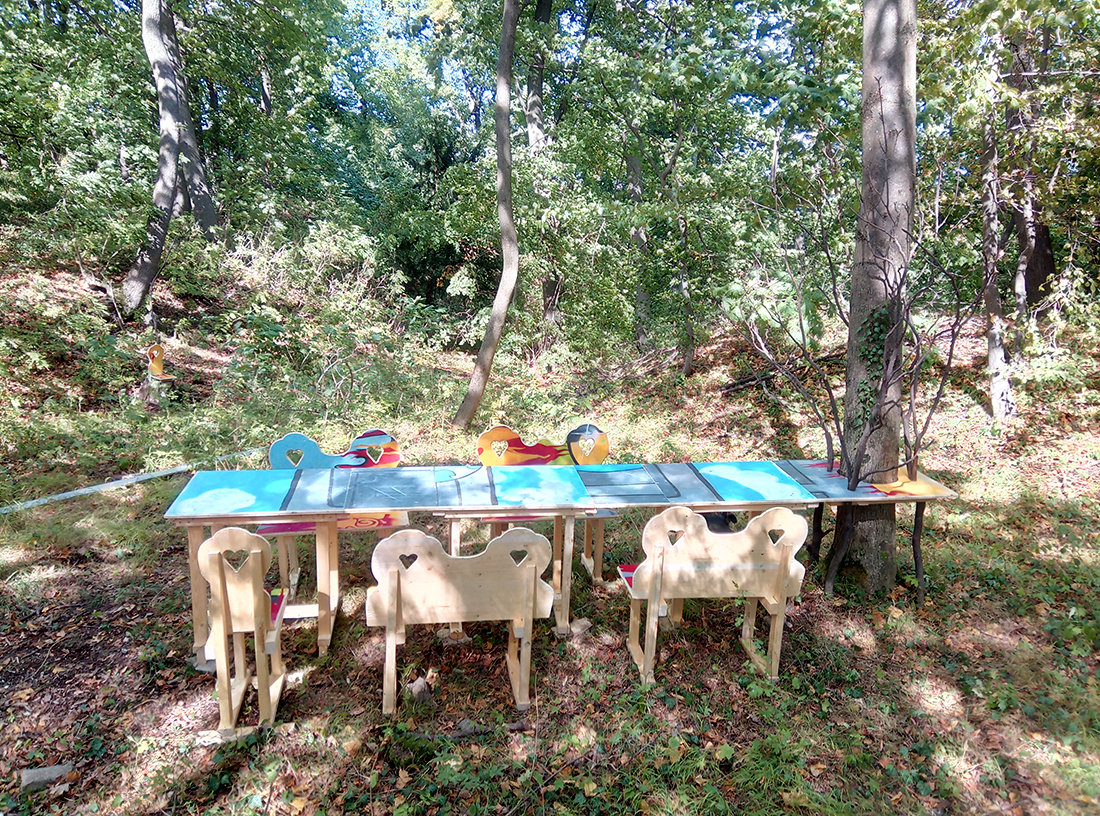 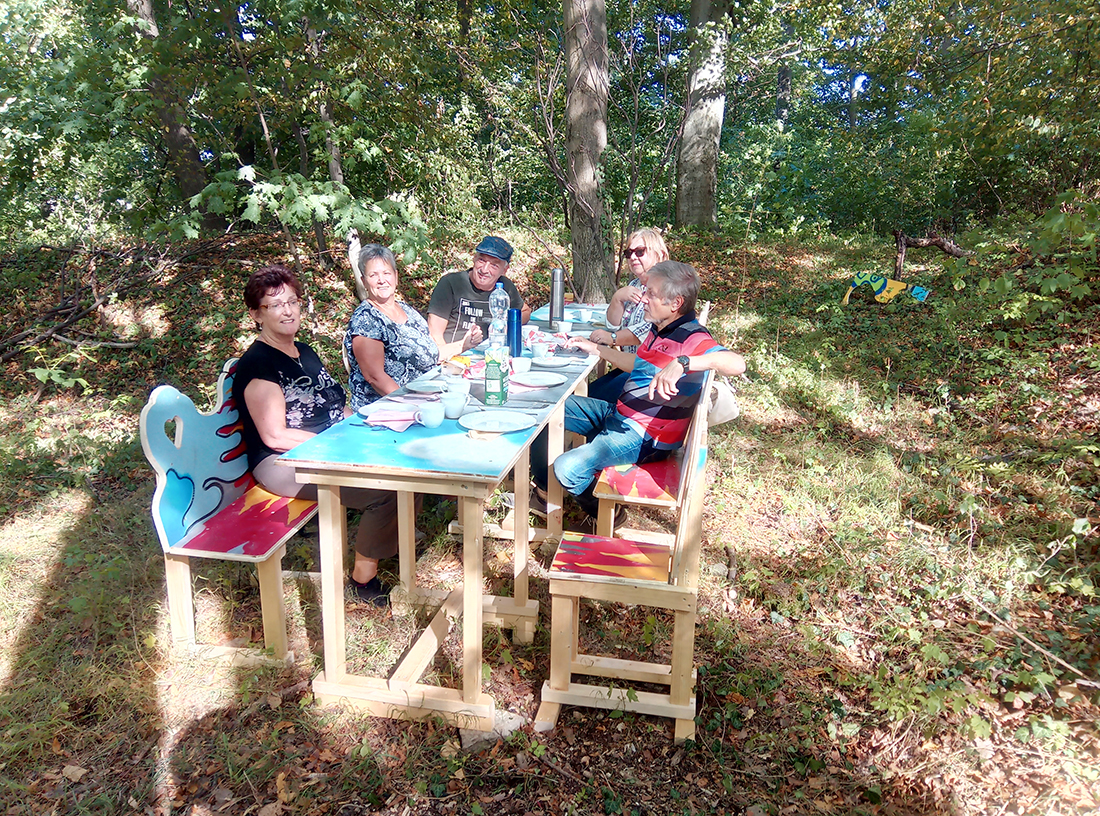 3- Forest café: Most of the deck chairs were turned into tables and benches for a group of elder persons that came to take part at a walk through the forest were they could have a coffee and a piece of cake in a clearing. The furniture is built according to the traditional german style from former times while keeping the traces from the grafiti workshop. It is mixing styles and generations as much as the festival did.

4- Leftover freestyle: From the leftover parts, people started building furniture for their home or for the festival. Many furnitures and other objects were sold in an auction and the money will be used to facilitate further cultural project in this city. For this, people joined in a workshop to think about how to continue different kinds of cultural projects within this town and maybe to create on their own a second edition of the festival on their own the following years. 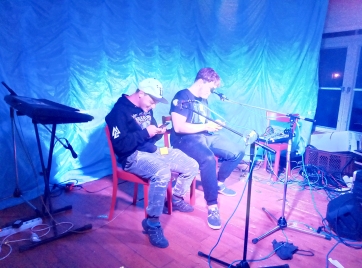 The program of the festival also included simple social meetings, such as a common dog walk through the nature. An open stage showed all the potential that the inhabitants had and the will to share what they do.

We were also on this stage with an improvised tool-sound-performance from Benjamin Frick:

Watch a short movie about the festival by clicking here 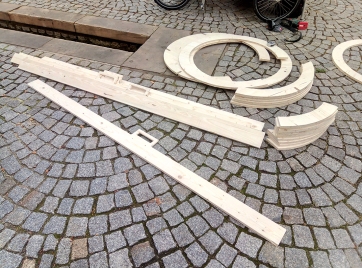